ABOUT THE CASPIAN SEAL

The Caspian Seal (Phoca caspica) is the smallest earless seal and lives exclusively in and around the Caspian Sea. Caspian Seals inhabit not only the shoreline but also rocky islands and floating ice blocks across the Caspian. In winter, the seals move to the North of the Caspian where they mate, breed and nurse their pups on the ice sheets.

During some parts of the year they live in large groups and at other times, especially during the summer, they are solitary animals. Caspian Seals are monogamous, and only mate once a year, pregnancy rates for the seals are at an all-time low of 30%. Caspian Seals are not fully grown until they are 8-10 years old, they weigh around 5kg and live for 40-50 years. 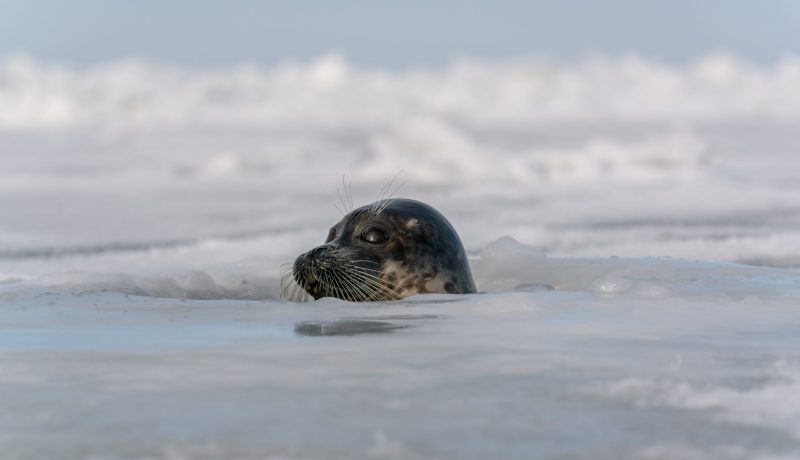 The Caspian Seal has been listed as an endangered species in the Red Book of the International Union for the Conservation of Nature (IUCN) since 2009. Since the start of the 20th Century, the population has declined by more than 90%. A census conducted in Iran in 2016 showed that there were less than 70,000 seals left. It is estimated that the population is currently declining by 3-4% per year. There are four main reasons for continued decline in the seal population:

Pollution in the Caspian Sea has critically endangered the seal. Oil, industrial and heavy metals, agricultural pesticides, radioactive waste, wastewater and household waste have all entered the sea and poisoned the seal’s habitat. Today, up to 70% of female seals are thought to be barren and some believe pollution has a role to play in growing levels of infertility. According to the most recent data, there are only 17,000 females left that could produce offspring.

Kazakhstan’s three largest oil fields (both on- and off-shore) are situated on the Caspian Sea. There are around 23 oil and gas companies currently operating in the area and nearly 60% of Kazakhstan’s annual oil production is exported through a pipeline that runs from the country’s northern Caspian shore to Novorossiisk on the Russian Black Sea. The construction of offshore oil fields has brought contaminated sediment up from the sea floor that has put the seals at risk. International alarm was first raised about the Caspian Seal and the state of the environment in 1997. Research by the World Bank, the UK government and others detected high levels of Dichlorodiphenyltrichloroethane (DDT) in the blubber of seals. DDT is toxic to a wide range of living organisms and marine animals. It was used intensively in the Soviet Union in the 50s and 60s as a pesticide.

Further analysis undertaken by the CSRRC team demonstrates that the Caspian Sea is polluted by oil products. Urgent measures should be taken to eliminate pollution from flooded oil wells, effluent from oil production facilities, and from oil and contaminated mud spilt from offshore installations and platforms.

Traffic from vessels travelling to and from oil and gas installations is another concern. The large volume of traffic is disrupting the seal’s habitat, causing stress, and collisions have resulted in seal deaths.

The same research found a strain of canine distemper virus (CDV) in the brains of seals. CDV mainly affects dogs and some marine mammals, and can be fatal. In 2000, CDV is believed to have caused tens of thousands of Caspian Seal deaths throughout the region.

Although Caspian Seals are an endangered species, they are still legally and illegally hunted for their fur and oil, causing further decline in the already dwindling numbers of these rare and beautiful creatures.

Whilst Kazakhstan has ended hunting quotas in recent years, in Russia seals are still hunted on an industrial scale. In 2017, the Russian hunting quota was 6,000. In the same year, the fishing allowance for the whole Caspian Sea was 12,000.

Many of the seals that are illegally hunted are pups – prized for their soft fur. Seal skins are used for hats and other clothing and an individual high-quality seal skin can sell for up to US$100 at the point of origin. Seal blubber is also used as a medicinal tonic, fishing bait, and cattle feed, and seal oil can sell for US$14 per litre (according to the IUCN).

It is estimated that fishing nets are responsible for between 5% and 19% of all seal deaths each year. In 2013, BP, the oil giant, identified fishing nets as the most critical threat to the future of the seals in the Caspian.

Fishing nets are used to catch sturgeon, but seals can get tangled and whilst trying to escape are often strangled.

Solutions to prevent mammals getting caught in fishing nets have proved effective elsewhere in the world, such as using a circle hook and auditory deterrents to keep mammals away from areas that are being fished. In the future, the Center will be exploring options to improve fishing practices in the Caspian. 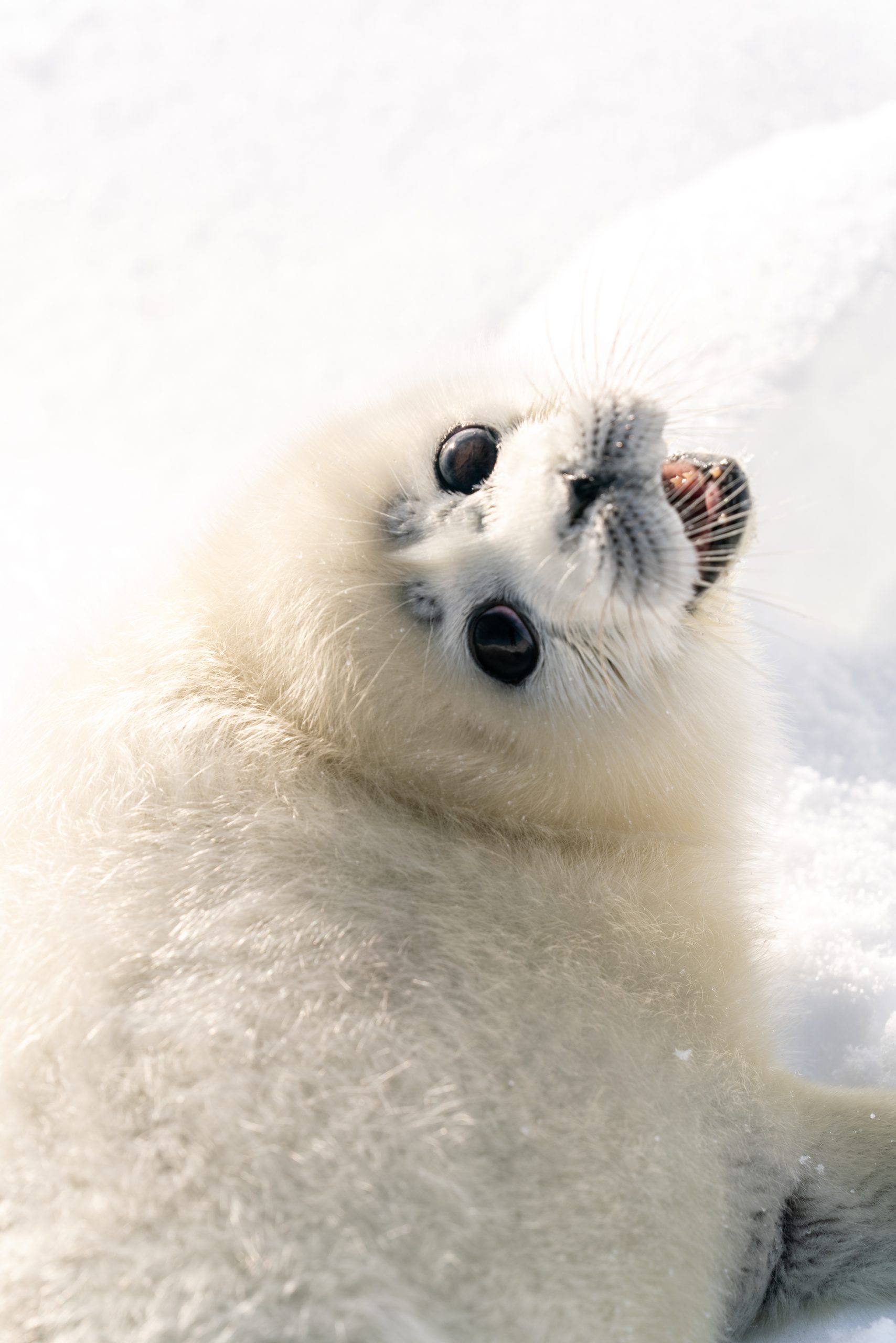 The Caspian Seal is classed as endangered and is on the International Union for the Conservation of Nature (IUCN) Red List. The IUCN Red List is the most comprehensive record of global conservation status of living species. It is used by NGO’s, governments and institutions around the globe.

The need for increased conservation efforts to save the Caspian Seal was internationally recognised during the UN Environment’s Convention on the Conservation of Migratory Species of Wild Animals (CMS) in 2017. Under the convention the seals were assessed to be in danger of extinction and there was an urgent need for international agreements on their conservation and management. The Center believes this obliges the parties of the Convention to undertake maximum efforts to preserve and restore the Caspian Sael population, protect its habitat, remove obstacles to migration, and reduce the impact of adverse factors. In 2017, more than 100 countries classified the Caspian Seal as an endangered species.

Governments around the Caspian Sea are all signatories of the Tehran Convention (Republic of Azerbaijan, Islamic Republic of Iran, Republic of Kazakhstan, Russian Federation and Turkmenistan). The convention creates general requirements for the environmental protection of the Caspian region.

Buffer zones should be created for the Caspian Seals in which traffic, especially from passing ships, will be eliminated, and new oil and gas facilities are blocked from opening. We also recommend that the Caspian Seal is included in the Republic of Kazakhstan Red Book of endangered species to ensure it receives the protection it deserves.

To find out more about the conservation efforts of the CSRRC, please visit ‘About Us’.