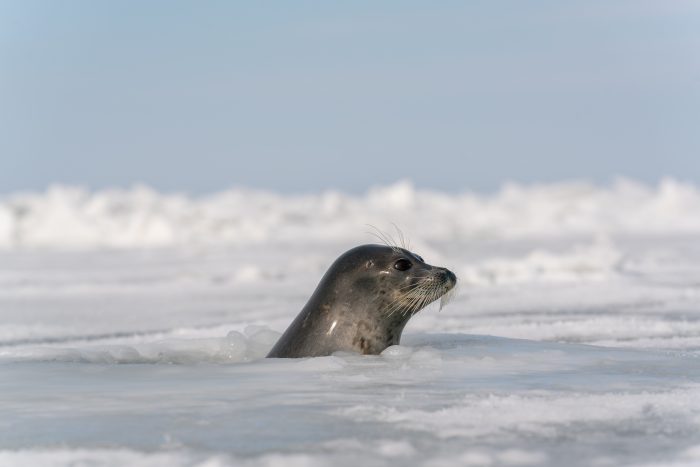 The media drew attention to the widespread dieoff of seals on the Kazakhstan territory of the Caspian sea coast. The reaction of people who are not indifferent to this problem was swift.

The Ministry of ecology, Geology and natural resources approved the inclusion of Caspian seals in the Red book of Kazakhstan. The initiative to consider such a step by the State came from the Central Asian Institute of Environmental Research.

In the spring of 2020, the Central Asian Institute for Environmental Research, which is founded by Aselle Tasmagambetova, focused the attention of the Ministry of Ecology of the Republic of Kazakhstan that the problem of the rapid decline of population of the Caspian seal is severe.

As a result of this step, the forestry and wildlife Committee of the Ministry of ecology held a meeting with representatives of the Institute of Hydrobiology and ecology and the Central Asian Institute of Environmental Research via video conference.

The issue of including the Caspian seal (Pusa Caspica) in the List of rare and endangered species of plants and animals is considered.

— wrote in Facebook press-the Secretary of the Committee Saken Dildakhmet.

The Ministry of ecology of the Republic of Kazakhstan notes that the Caspian seal is already included in the Red book of neighbouring Caspian states. In addition to including animals in the list of endangered and requiring State protection, a protected natural area will be created.

Central Asian Institute of Environmental Research LLP was registered in June 2012. The founder of the company is Aselle Tasmagambetova, the head of the Sabi charitable Foundation, the daughter of the statesman Imangali Tasmagambetov and the wife of the renowned Kazakhstani businessman Kenes Rakishev.

The Institute has been conducting scientific research and work in the field of biotechnology, biochemistry, genetics, breeding, and geography.

The structure of CAIER includes: 5 laboratories that conduct analytical research and monitor the state of the environment; 6 departments that are engaged in research, development and implementation of new technologies in the field of ecology; 7 departments that manage the organization, planning, analysis and standardization of technological resources.