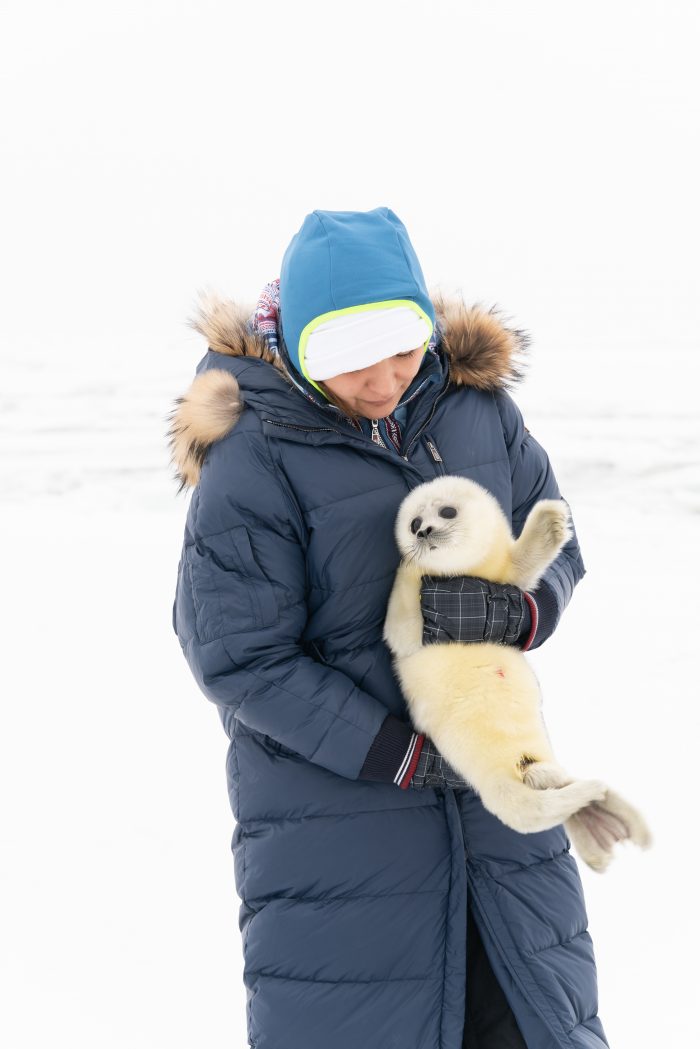 The aim of this expedition was to observe the seal population in the Northern Caspian Sea and investigate the surrounding environment. On Kulaly Island, where large numbers of seals used to live outside of breeding season, the team only found carcasses.

In the Kenderli area, which used to be a rookery for the Caspian Seals, there was no evidence of the presence of seals. After making enquiries, the team discovered that the seals had not been seen in the area for the past 4-5 years, not since the construction of the Kenderli resort (a tourism project) began in 2015.

It was after this second expedition that Aselle Tasmagambetova decided that more needed to be done to protect the Caspian Seal.

Watch the video of this expedition, here (provide link), and view the findings, here (insert link).