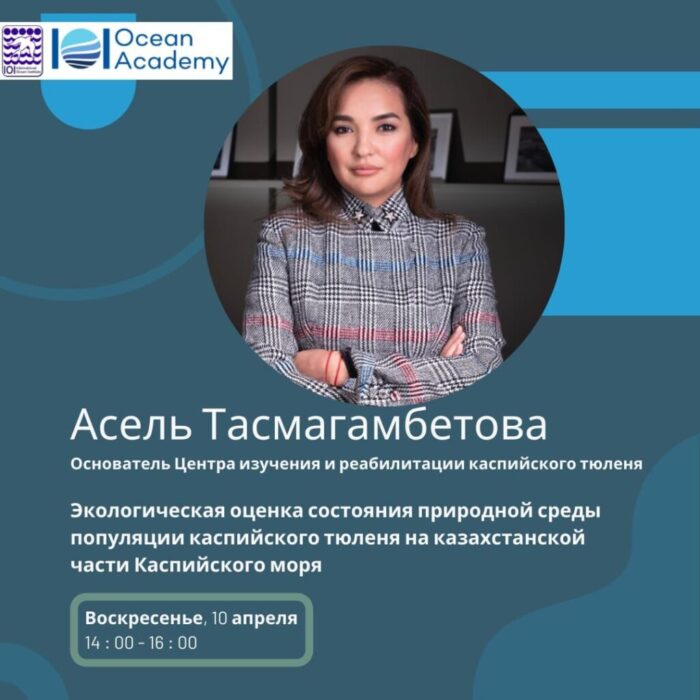 Aselle Tasmagambetova, Ecologist, Founder of the Central Asian Institute for Environmental Research (CAIER) on the basis of which the Center for the Study and Rehabilitation of the Caspian Seal was created, delivered an interactive lecture for students- ecologist at the Nazarbayev University.

The speech was devoted to the present and future of the Caspian endemic population.

Students had a unique opportunity to feel like real researchers, understand the problem, express their point of view, ask questions of interest.

Aselle Tasmagambetova told: why scientists consider the preservation of the Caspian seal population to be a marker of the health of the entire Caspian Sea, answered the questions: what is happening now with the number of the Red Book animal, and why is it rapidly declining?

On the eve of the lecture, a survey of students from the Nazarbayev University was conducted, which showed how aware young people are of the threat of the complete disappearance of the Caspian seal and whether they are ready to use their strength in preserving a rare animal.

Aselle Tasmagambetova not only the organizer, but also the most active participant in 5 international research expeditions to study the decline in the population of the Caspian seal.

Precisely due to the data of these expeditions, it was decided to include the Caspian seal in the Red Book of Kazakhstan on November 13, 2020.