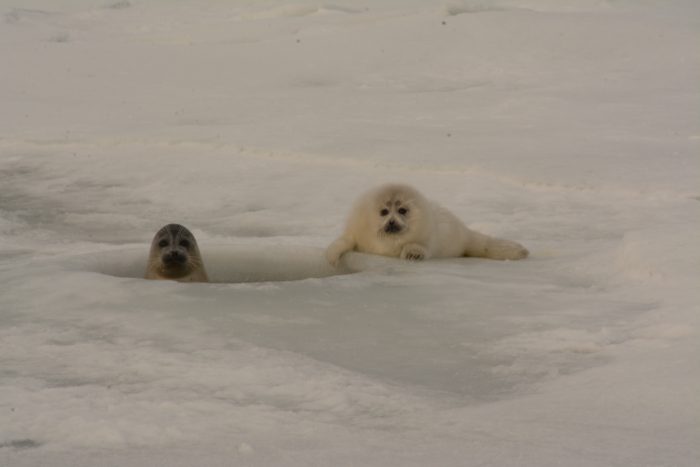 The laboratory of the Central Asian Institute for Environmental Research have denied the beneficial properties of seal’s fat which are sold in Aktau markets.

Analyzing the experimental data, the scientists concluded that the fat of the Caspian seal has not only medicinal properties, but also poses a threat to human health. The results of laboratory studies revealed an increase in the concentration of heavy metals in the fat, such as cadmium, plumbum, arsenic and others.

According to scientists, this is due to the activities of oil and gas companies on the Caspian shelf and the release of toxic substances into the sea. All the seal’s fat sent to markets or store shelves is made in the form of grinding, as this product is not processed by pharmaceutical or other official companies. In addition, the absence of special conditions does not allow to produce completely pure raw materials from harmful substances. etc.), there are no rooms for preparation, sampling, packaging and cooling of samples. They must have special conditions for the microclimate and comply with sanitary standards.

The reason for the research was that in the markets of Aktau, Caspian seal’s fat is sold as an excellent remedy for almost all diseases, including coronavirus. Sellers promote its healing properties and offer it to pregnant women. The product is not annotated. The printed memo with a list of diseases states only that this oil is a cure for any disease.

Specialists from the Caspian Seal Research and Rehabilitation Center, which has been fighting for many years to save the population of aquatic animals, were the first to address the issue. The only marine mammal found in the Caspian Sea – the Caspian seal or seal (Pusa caspica) plays a special role in the marine ecosystem. Seals live in the entire sea area, being the main link in the tropical chain of the aquatic ecosystem of the Caspian Sea and an indicator of its condition. The quality of water in the Caspian Sea can be monitored through the condition of this animal.

The number of Caspian seals has decreased 10 times over the past 30 years. This is mainly due to the formation of cadmium, plumbum and arsenic in the Caspian Sea. In this regard, the advertising promises of sealing oil for health seem very illogical. In addition, scientists deny the benefits of any animal fat in the treatment of viruses and diseases such as tuberculosis, trophic ulcers, anemia, dystrophy, rickets, asthma, bronchitis and bronchial asthma, among others. They say that the “magic cure” for traders in Aktau markets is unrealistic.

In conclusion, it is worth adding once again that all seal’s fat sold on the shelves of Kazakhstan stores and markets is produced by handicraft, because no official company is engaged in the manufacture of this product for human consumption for medical purposes.

When people eat the products of animals at the top of the food chain, such as predators or for medical purposes, they get two to three times more toxins than animals that consume low levels of trophic food, according to scientists who studied the chemical composition of seal oil on the shelves of Aktau market. It is known that heavy metals such as hydrargyrum, plumbum, cadmium, zinc and their compounds are harmful to the human body, cause diseases of the kidneys and liver, nervous, immune, endocrine and reproductive systems. The question of  how seal’s fat comes to the Aktau market should be of interest to environmental structures, since by the Decree of the Government of the Republic of Kazakhstan dated November 9, 2020 №746 (Source: https://primeminister.kz/ru/decisions/09112020-746) Red Book of the Republic of Kazakhstan (List of rare and endangered species of plants and animals).